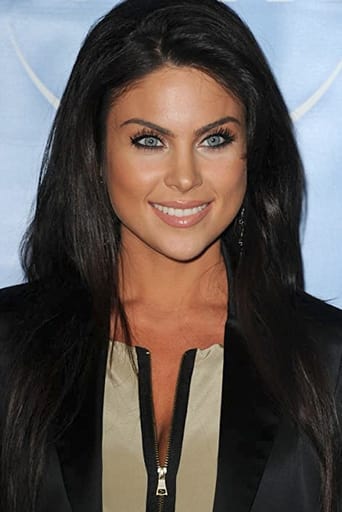 Early life Björlin was born in Bethel, CT but lived in Sweden until the age of 7. Her father was the Swedish composer and conductor Ulf Björlin (1933–1993).[1] Her mother, Fary, is an interior decorator from Iran. Nadia speaks Swedish, Persian, English and can sing in other languages as well. She is also renowned for her soprano voice. When her family moved to West Palm Beach, Florida, she attended the Palm Beach County School of the Arts (now Dreyfoos School of the Arts) along with her brothers Ulf and Jean Paul, where she excelled in music and theater. All three siblings have found success in show business since graduation. Björlin once competed in pageants. In 1998, she placed as Second Runner-Up in Miss Florida Teen USA. Career Nadia Björlin's major exposure has been on the soap opera Days of our Lives,[1] where she first appeared as the character Chloe Lane in December 1999. At first, Chloe was portrayed as a nerdy and geeky kind of girl with big glasses. Eventually, her character developed into a quiet beauty who could also sing and she fell in love with rich, popular Philip Kiriakis, portrayed by actor Jay Kenneth Johnson. Soon, their romance turned rocky, and she developed a crush on Brady Black, portrayed by actor Kyle Lowder. Nadia Björlin originally left Days in June 2003 to concentrate on her singing career. Her character moved to be an opera star. Bjorlin returned on a recurring basis in November 2004 after her character supposedly had a disfiguring car accident and eventually married Brady Black. In September 2005, Björlin left Days of our Lives again and joined the cast of the UPN series Sex, Love & Secrets. The show was canceled by the network, but Björlin continued to make guest appearances on television series such as Jake in Progress and Out of Practice. During the summer of 2005, Björlin made guest appearances on the Fishbowl radio program 'Coming Out with Reichen,' hosted by Reichen Lehmkuhl. The Fishbowl Radio Network is an Internet radio station for reality television alumni. Since leaving Days, Björlin has appeared in the independent feature film, If I Had Known I Was a Genius, starring Markus Redmond, Whoopi Goldberg, Sharon Stone, and Tara Reid. The film was screened at the 2007 Sundance Film Festival. Nadia Björlin was also cast as the female lead of the Chicago Pictures' feature film, Redline. The film starred Eddie Griffin and Nathan Phillips, and was released in theaters on April 13, 2007. Nadia Björlin returned to Days of our Lives as Chloe on November 29, 2007. Nadia will be starring in the web series Venice. Nadia has recently had a small role in NCIS (TV series) as a suburban housewife. Though the part was brief, she makes no effort to hide her attraction to Anthony DiNozzo. Personal life Bjorlin was previously engaged to Daniel Sadek, a subprime lending company CEO who wrote and financed the film Redline. She was also romantically attached to actor James Stevenson. She is currently in a relationship with actor Brandon Beemer.