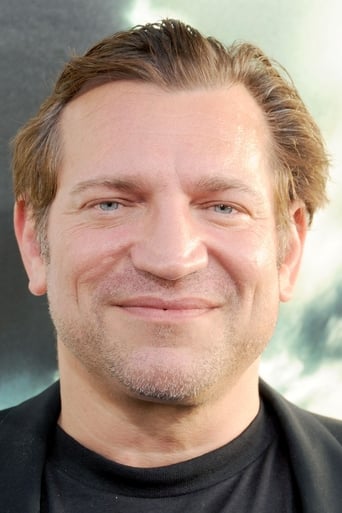 A native of San Francisco, Dimitri Diatchenko attended Newton North High School in Newton, Massachusetts. After high school, he attended Stetson University in Deland, Florida where he was a scholarship music student, majoring in classical guitar. After completing the Bachelors program, he matriculated to Florida State University in Tallahassee, Florida where he continued with his acting and music studies in the Masters program. His first acting experience was as the lead in the play, Foxfire, by Hume Cronin, where he played the country music star, Dillard Nations. Diatchenko continued to develop his acting skills both on stage and on camera in Florida-based projects from 1990 - 1996, while studying with Ken Stilson and George Judy. Some of these projects include the award-winning short films, Third on a Match, Used Cars and Goiter Boy. . In April of 1996, as Dimitri was graduating with his Masters degree from Florida State University, he landed a small role as a Navy Seal in Ridley Scott's Demi Moore starer G.I. Jane. After that break, Diatchenko moved out to Los Angeles and officially started his professional acting career. In addition to his acting, Diatchenko continues to perform as a master classical guitarist. As a soloist, he has four guitar CDs in release. His original composition for solo guitar, entitled, "Tango en Paraiso" is featured on the soundtrack for his film, Remarkable Power. Mel Bay Publications has published this piece in "Master Anthology of New Classic Guitar Solos, Vol. 1." Dimitri has also performed on the soundtrack of the film he co-stars in, Clubhouse and performs his arrangement of Hungarian Dance No. 5 by J. Brahms with a Django gypsy jazz treatment in the film, Repossessed. - IMDb Mini Biography By: Dimitri Diatchenko