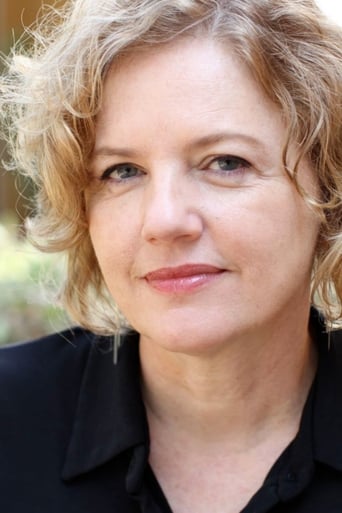 ​From Wikipedia, the free encyclopedia.   Eve Gordon (also known as Eve Bennett-Gordon; born June 25, 1960) is an American actress. She may be best known for portraying Monica Klain, the wife of Ron Klain (played by Kevin Spacey) in the Emmy-winning HBO film Recount, for playing Marilyn Monroe in the Emmy-winning miniseries A Woman Named Jackie, for playing the mother of the title character in the TV series Felicity, or for her starring role as Congressional aide Jordan Miller in the short-lived sitcom The Powers That Be, produced by Norman Lear. She starred in "Honey, We Shrunk Ourselves" with Rick Moranis, and on "Two and a Half Men", she sprayed Charlie Sheen in the face with mace, after telling him "I don't think you're funny at all". On MyDamnChannel.com, she stars as Summer Tickler-Hoogerhyde in "Versailles", alongside Fred Willard, W.H. Macy, and Patricia Heaton. Description above from the Wikipedia article Eve Gordon, licensed under CC-BY-SA, full list of contributors on Wikipedia.