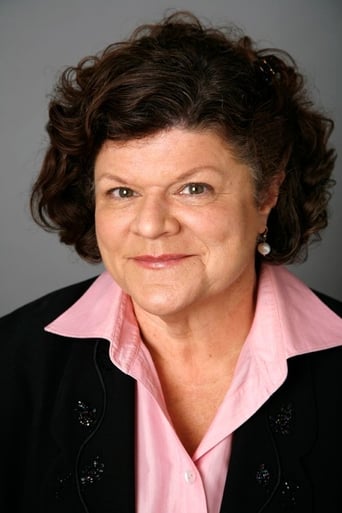 Mary Pat Gleason is an American film and television actress. From 1983–85 she appeared on The Guiding Light as Jane Hogan. Since the early 1980s she has appeared on such television series as Full House, Murphy Brown, Empty Nest, L.A. Law, Saved by the Bell, Murder, She Wrote, Friends, Step by Step, Suddenly Susan, Will & Grace, Sex and the City, Desperate Housewives, Family Matters, NCIS: Los Angeles, The Middleman, Up All Night, 1600 Penn, Motive, and Baby Daddy. She has appeared in such feature films as I Now Pronounce You Chuck and Larry, Basic Instinct, Traffic, Bruce Almighty, 13 Going on 30, The Crucible, Bottle Shock, A Cinderella Story, and The Island.