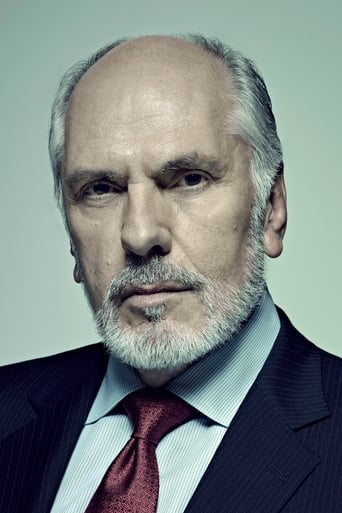 ​From Wikipedia, the free encyclopedia. Michael Ivan Cristofer (born 22 January 1945, Trenton, New Jersey) is an American playwright, filmmaker and actor. He received the Pulitzer Prize for Drama and the Tony Award for Best Play for The Shadow Box in 1977. Michael Cristofer was awarded a Pulitzer Prize and an Antoinette Perry “Tony” Award for the Broadway production of his play, The Shadow Box. Subsequent to New York, the play was produced in every major American city and worldwide from Europe to the Far East. Other plays include Breaking Up at Primary Stages; Ice at Manhattan Theatre Club; Black Angel at Circle Repertory Company; The Lady and the Clarinet starring Stockard Channing, produced by the Mark Taper Forum, Long Wharf Theater, Off-Broadway and on the London Fringe, and Amazing Grace starring Marsha Mason which received the American Theater Critics Award as the best play produced in the United States during the 1996-97 season. Cristofer’s film work includes the screenplays for The Shadow Box directed by Paul Newman (Golden Globe Award, Emmy nomination), Falling in Love, with Meryl Streep and Robert De Niro, The Witches of Eastwick with Jack Nicholson, The Bonfire of the Vanities directed by Brian De Palma, Breaking Up starring Russell Crowe and Salma Hayek, and Casanova starring Heath Ledger. His directing credits include Gia, for HBO Pictures starring Angelina Jolie, Mercedes Ruehl and Faye Dunaway which was nominated for five Emmys and for which he won a Director’s Guild Award. He next directed Body Shots starring Sean Patrick Flanery, Jerry O’Connell, Amanda Peet and Tara Reid and Original Sin starring Angelina Jolie and Antonio Banderas which was released in 2001. He is currently preparing to direct Fade Out from his own screenplay. For eight years he worked as artistic advisor and finally co-artistic director of River Arts Repertory in Woodstock, New York, a company which produced new plays by writers such as Richard Nelson, Mac Wellman, Len Jenkin, Eric Overmeyer and many others including the American premiere of Edward Albee’s Three Tall Women–a production which later moved to Off-Broadway. Also at River Arts, he wrote stage adaptations of the films Love Me or Leave Me and the legendary Casablanca, and directed Joanne Woodward in his own adaptation of Henrik Ibsen’s Ghosts. His most recent work for the theater, The Whore and Mr. Moore, is in workshop at the Actor’s Studio where he is a member. Currently, Cristofer is a cast member on AMC's Rubicon, in which he plays Truxton Spangler. Description above from the Wikipedia article Michael Cristofer, licensed under CC-BY-SA, full list of contributors on Wikipedia